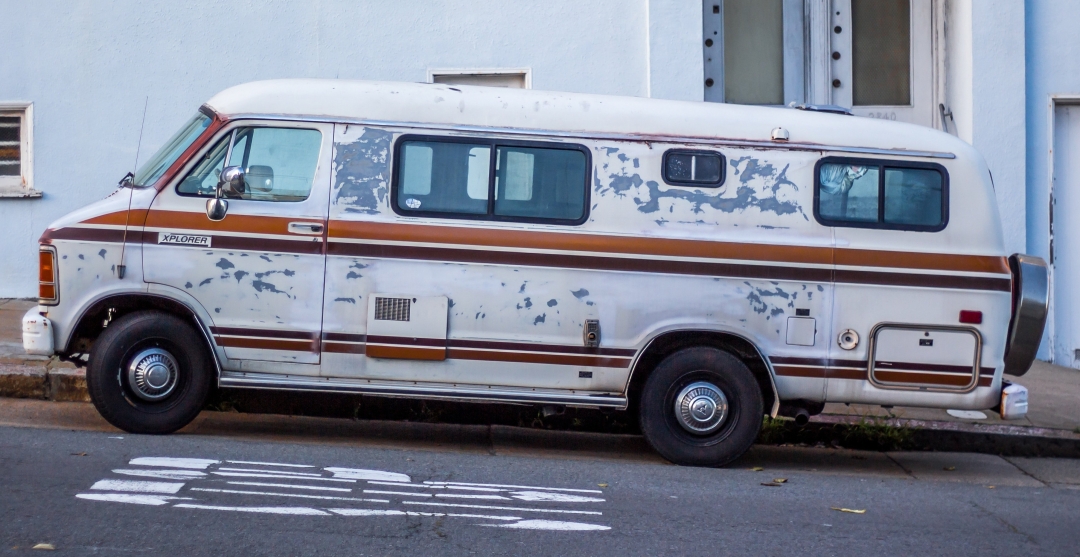 Learning to live on Mission

My wife asked me to run over to the church to grab something for her. It was a Friday or Saturday evening so no one would even be at the church. I made the almost two-minute drive, quickly ran into the church, grabbed what she needed, and just as quickly went back to my car. I put my seatbelt on, started the car and put it in reverse. That’s when I noticed movement from the corner of my left eye. I looked up and there was a man running toward me waving his hands.

My very first thought was (and I am ashamed to admit this), “I wonder if I just drive off if I can pretend I don’t see him.” But fighting my urge, I put the car back in park and hopped out.

The man was in his late 50’s or 60’s. He had the look of someone who had been through a great deal, not just today, but almost every day for the entirety of his life. He wore a hat in a traditional middle eastern style. I could see he was missing most of his teeth and the van he drove looked nearly as beat up as he did.

When we were close enough he began to speak saying, “No gas, help me?” I responded back saying, “I don’t have any money, sorry”. At this point, I went into justification mode where I try to prove to myself I’m making the right choice by not helping someone. I looked at his car, it was perfectly pulled into a parking spot, how could he run out of gas in a parking spot! He’s clearly trying to scam me, AT CHURCH! Then I began to think about the lady who I gave money to one Sunday and found out that about 20 minutes later she talked to my wife and told her that no one had given her money.

He asked for help again, the look in his eyes was convincing, he needed help. I could almost feel his sorrow. My defenses were still up. I pulled out my wallet and said, “I don’t have any cash I can give you but if you follow me to the gas station I will buy you gas,” pointing to my debit card. If he doesn’t want to follow me to the gas station it will prove that he’s just trying to scam me I thought to my self.

It was so well said though, I didn’t believe him. I shrugged my shoulders and told him I was sorry but I couldn’t help. The sorrow in his face seemed to grow but I had already convinced myself he wasn’t being truthful with me. I got back in my car and drove back home.

Guilt began to hit me. What if he wasn’t lying, what if he did need help and he had come to the church for help and didn’t find it there? I knew I had five dollars on my desk. I went and found it and told my wife I was going back to the church. Giving her the short version of what had happened. I got back and could not find the man. His car was still there. I drove around the church, down the road in both directions. He had vanished. I decided to go back to the church one more time, this time I found him. He was sitting in the passenger side seat, his hand over his eyes. I knocked on his window. I was ready this time and typed into a translator “You can follow me to the gas station and I’ll fill your car up.” He shook his head and said, “No gas.”

“You can come with me and I’ll buy a gas can and we can fill it up,” I said making what probably looked like the gestures of a mad man, hoping my arm movements would explain what I said.

He pointed to the house across the street and said he was waiting on them. I told him I would wait with him. After about two minutes I decided I would get him gas myself. So I went and bought a gas can and filled it up. At this point, there was very little doubt that the man needed my help but if there was any left at all it was gone when I pulled back into the church parking lot.

He was practically leaping for joy when he saw me. He looked ten years younger. I emptied the gas can into his tank and handed him the five dollars I had grabbed from my desk. “It’s only two gallons,” I said, “You’ll need some more gas and this will help a little.”

One of the things I’ve realized as I reflect back on my life is that I’ve saught after a safe relationship with God. More honestly put, I’ve been seeking a safe and predictable religion. A religion where I go to church, I give my tithe, and I go home and God does what I want Him to do for me. Now, this is obviously not the relationship that Jesus wants to have with me. Nor, is it the relationship he wants me to have with the people I encounter on a daily basis.

I look at the stories in the Bible of Moses, David, Johnathan, Esther, and Peter and see men and women who had amazing stories to tell of things God did in their lives and think why doesn’t God do that in my life. I read stories of today’s faithful missionaries and inner-city ministers working with gangs and wonder why don’t I have a story to tell like that. I’ve made Jesus a part of my life, but He wants to be ALL of my life. The piece that is missing from my story and is evident in every great kingdom warrior’s life is that they loved the Kingdom of Heaven more than their own life.

I’m not where I hope to be, but I know His promises are true and that if I continue to seek Him and His Kingdom He will continue to move in my life and make His presence known to me.


“Now without faith it is impossible to please God, since the one who draws near to him must believe that he exists and that he rewards those who seek him.” – Hebrews 11:6


“Draw near to God, and he will draw near to you. Cleanse your hands, sinners, and purify your hearts, you double-minded.” – James 4:8

Brian and his wife Anna serve in the metro Atlanta area, home to people from more than 761 different people groups. They work with refugees and urban poor with Envision Atlanta. Brian has helped Envision Atlanta start two businesses, a window cleaning company, and a mobile thrift store. One of the goals of each business is to provide job training and livable wages to its workers. In October of 2018, Alazne Grace was officially adopted into the Baldwin home. Brian and Anna are required to raise their own support to pay their salary and would love to expand their monthly supporters. You can give here. Envision is part of the Christian and Missionary Alliance and your gifts are all tax deductible. Every gift is valuable for advancing the work being done. You can also sign up for Brian and Anna’s newsletter here (outside link FYI).

Brian studied Business Administration and graduated from Toccoa Falls College, while he was there he met Anna who he would later marry. Brian has worked with teenagers with discipline problems at a children’s home and he also managed a group home for adults with assistance needs. In 2017 he assisted the site coordinator in setting up and launching the Envision Atlanta site. Since then he has started a window cleaning company and a mobile thrift store for the site. Brian is an ordained minister with the Christian and Missionary Alliance. Brian and his wife are certified foster parents in the state of Georgia and in October of 2018 they adopted their daughter. View all posts by Brian Valois